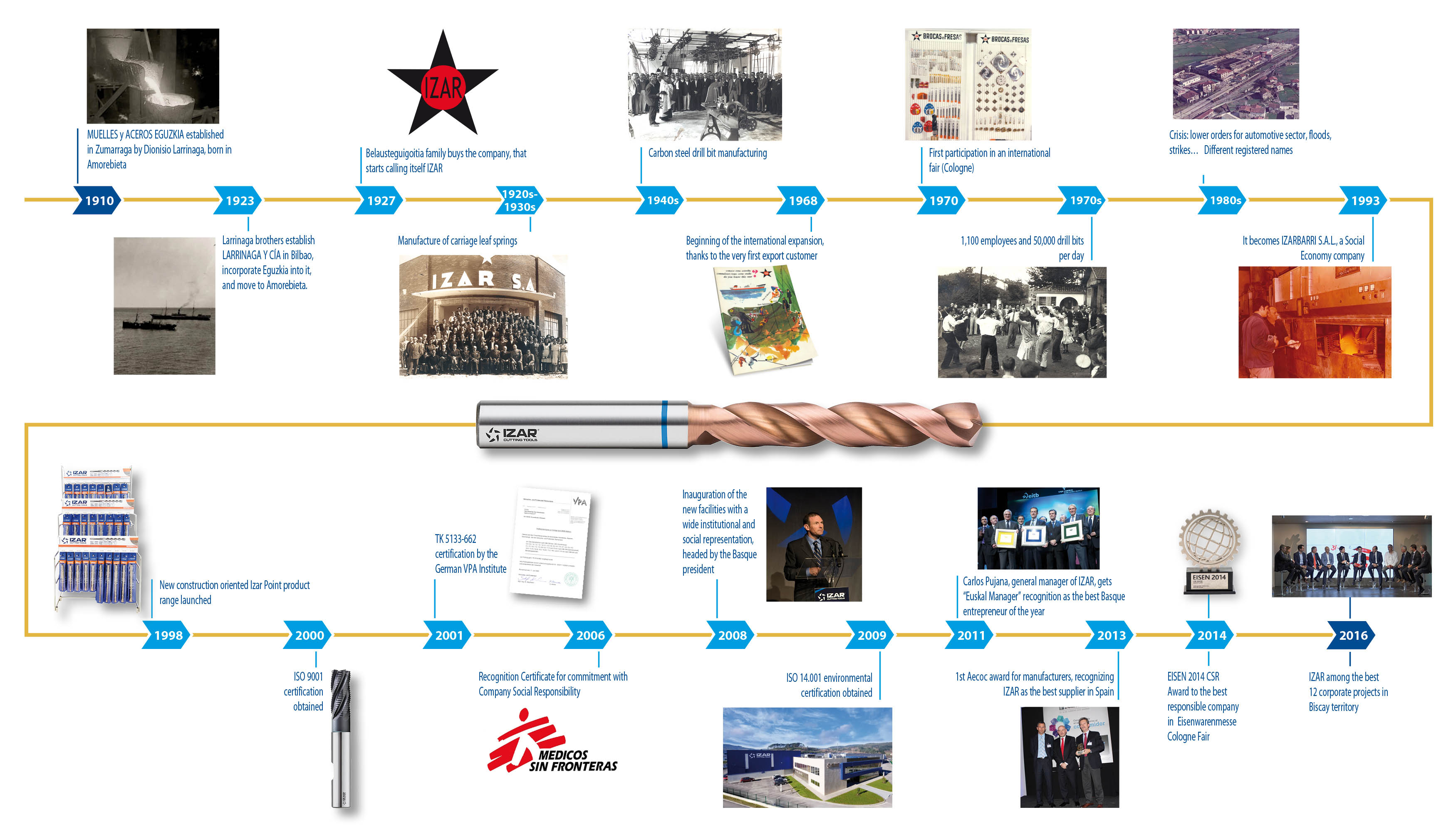 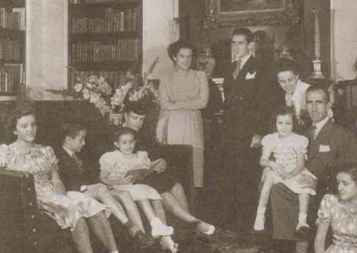 1927. Belausteguigoitia family buys the company, that starts calling itself IZAR. 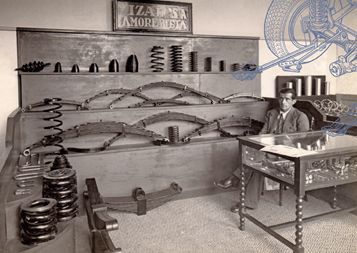 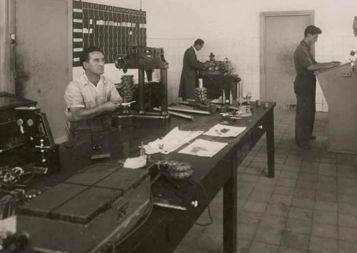 1969. Beginning of the international expansion, thanks to the very first export customer (Beltracy). 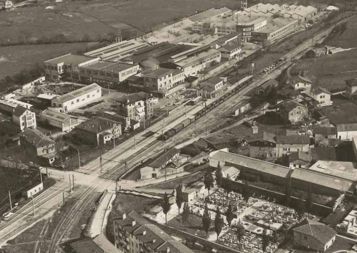 1988. It becomes part of Mineo group, with the name IZAR TOOLS & MACHINES.

1993. After some new bankruptcy threats, it reorganizes as IZARBARRI S.A.L., a Social Economy company. 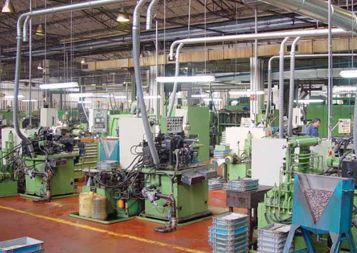 1998. After a re-founding process, the company reconstitutes itself as HERRAMIENTAS DE AMOREBIETA S.A.L.

1998. Launching of the new Izar Point product program, oriented to contruction. 65,000 drill bits manufactured per day with a reduced staff of 129 people.

1999. Black & Decker award for the quality and performance of our tools. 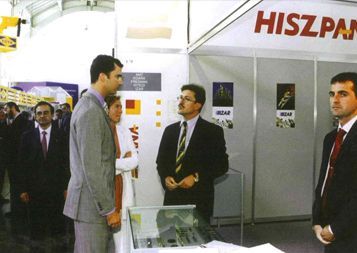 2006. Recognition Certificate for commitment with Company Social Responsibility. New Izartool product range launched, oriented to the most demanding industrial sector. Beginning of the works for the new Boroa facilities.

2007. Recognition by Ferronoticias magazine, as the most innovating quality company in the cutting tool sector.

2008. Successful move to the new Boroa factory finished, beginning a new adjusted production lay-out.
Inauguration of the new facilities with a wide institutional and social representation, headed by the Basque president, along with this organization people, plus customers and suppliers.
New corporate name: IZAR CUTTING TOOLS S.A.L. New corporate logo. 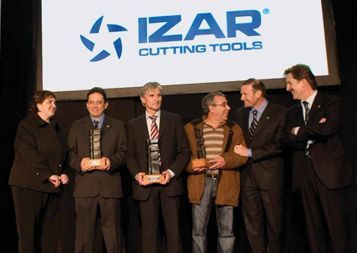 2009. New special drill bits for wear-resistant materials, such as hardox, in cooperation with a Swedish university.

2011. Order processing made automatic, thanks to three new intelligent warehouses.
Carlos Pujana, general manager of IZAR, gets “Euskal Manager” recognition as the best Basque entrepreneur of the year.
Presidency of HSS Forum, High Speed Steel Investigation Forum, that gathers the biggest HSS tools or HSS material manufacturers in the world.

2012. Mari Feli Arrizabalaga, member of the IZAR Board of Directors, obtains AED (Biscay Businesswomen Asociation) award, for her commitment and her achievements as a businesswoman. 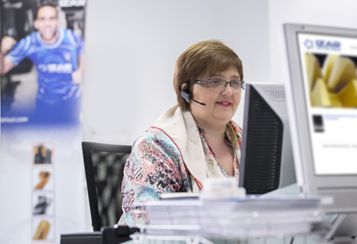 2013. 1st Aecoc award for manufacturers, thanks to hardware & DIY distributors votes, recognizing IZAR as the best supplier in this area in Spain.
IZAR as example of good practice to introduce in Europe, in a study sponsored by European Parliament, about employees participation into the company. 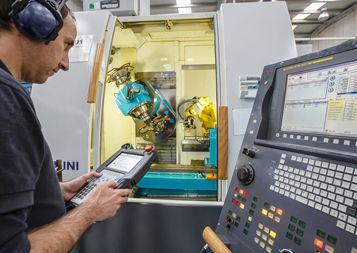 2016. Lantegi Batuak recognices IZAR for its contribution to the labour intregration of people with intellectual disabilitiy in the labour market.

2017. Korta award to the co-responsability example between company and employees for .

2016. IZAR nº1 in Aside´s supplier ranking as voted by its associates.

2019. Zirgari award to the gender equality in the industrial sector. 50th anniversary of the internalization of the company, with an event with worldwide customers, an open house day and the visit of the Basque Prime Minister Iñigo Urkullu.

2020. New Ev-Pack and Olatu (Pick-Pack design award finalist) packagings. Open despite the Covid for being an esential service. "Together we can".

2021. IZAR awarded as SME of the year in the Biscay province.